Why does potting soil turn white? 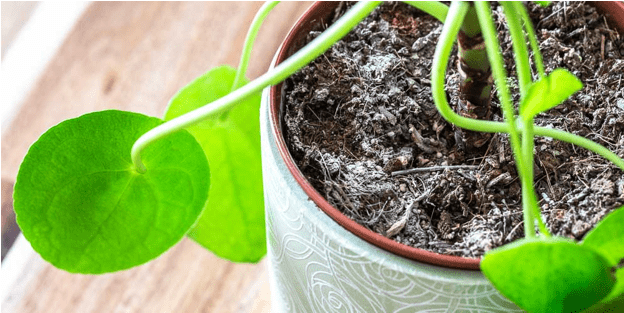 Previous item Treatment of the olive pit Next item Gardening for Beginners: A...

Why does potting soil turn white?

What does the white soil in the pot mean? We all recognize healthy soil by its dark brown color and fluffy texture.

Over time and as we take care of our potted plants, some white spots may appear on the surface of the soil.

Is there any disease?

The first thing we think of is mold, especially if the pots are in an indoor area that doesn’t have good ventilation. Is the plant sick and the whiteness is an indication?

When the soil in the pot starts to become caked and covered with a white layer, it is an indication that there is a problem that needs to be addressed.

Whitening is a very common phenomenon in pots found in the living room of our house, in the kitchen, in offices and professional areas.

In addition to problems created for the plants, they are not aesthetically pleasing when we keep the pot in a neat indoor space.

So as we see in detail which conditions favor the development of whitewash in the soil, how we can protect our plants, as well as useful tips to keep our plants green and healthy with clean soil.

Whitening of the soil due to salts and calcium

If a white brittle crust appears on the potting soil, this is usually due to excessive accumulation of salts and calcium.

Salts come from the water we irrigate with, especially in coastal areas where the water has a high salt content.

In addition, the salts appear from the nutrients present in the potting soil and which we add when we use compost.

The phenomenon is more intense, when we do not have good drainage in the soil of the pot, so that the salts are removed with the irrigation water.

Whitening in the soil due to the accumulation of salts, occurs most often when we water the plants from below by putting water in the saucer or immersing the pots in a basin of water, as the water rises to the surface bringing to the surface salts and calcium that have accumulated in the soil.

How can we avoid salt in the pot?

To avoid scale build-up in the pots and planters of our home and balcony, follow the tips below:

We remove the surface layer of soil of 2-3 centimeters from the pots and replace it with new topsoil.

Water the plants with good quality water that does not contain a high concentration of salts, such as rainwater, distilled water or dehumidifier water.

If the plants on our balcony are covered when it rains, we take the pots outside to be watered with the rainwater that helps to clear and remove the salts.

If the plants on our balcony are covered when it rains, we take the pots outside to be watered with the rainwater that helps to clean and remove the salts.

Whitening in the soil due to the appearance of mold

A small amount of mold can appear on all pots and is nothing to worry about.

But if the aspirilla begins to cover the entire surface of the soil, then we understand that our plant needs help as we have an attack from a fungal disease.

The development of the disease is favored in conditions of heat, excessive atmosphere and poor ventilation in the soil, which is often found indoors.

Also, the disease is observed more strongly when we do not have good drainage in the pot, as a result of which more water is retained than the plant needs.

In conditions of intense attack by the disease, small mushrooms may also appear in our pot, which is more common in soils that contain a high percentage of organic matter from manure or compost.

To effectively deal with the appearance of white mold in the potting soil, we follow the instructions below:

Take the plant out of the pot and remove the old soil.

Shake the soil from the roots of the plant and cut the peripheral roots, removing part of the soil.

Wash the pot with warm water to remove possible remnants of the disease.

We ensure better ventilation conditions for the plant, especially indoors, and follow the tips for proper watering and healthy plants.

And a secret for bleaching the potting soil

To prevent the whitening of the soil, whether it is caused by the appearance of mold or the accumulation of salts, we place a layer of gravel at the base of each pot to remove excess water during watering more easily.